Merry Christmas from the Three Kings of Tourient!

For seven months this blog was updated with something approaching regularity. It has now been almost two months since a new post materialised. You would be forgiven for thinking that real life has got in the way, and you would be right.

Parasites have been eradicated, aching limbs have been rested, bicycle repairs have been repeatedly put off, employment has been acquired, friends have been met, ale has been enjoyed and former England football captains have been encountered. In short, normal life has resumed. 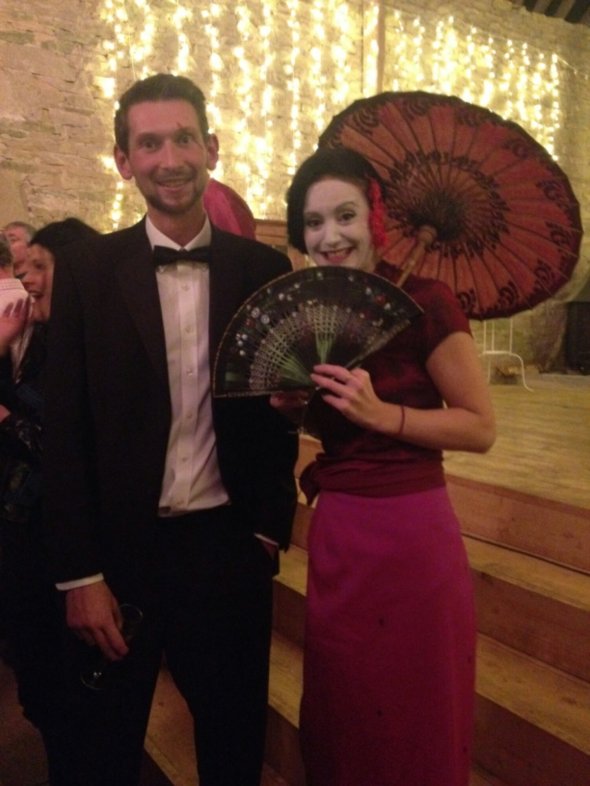 However fear not, beneath this facade of normality burns a desire to hit the road once more. A new route has been settled on and grander ambitions have been unveiled. Come spring, the Tourient Express will roll forth once more. The pertinent information is as follows:

For more idea of the route, check out the updated Rob’s Route page.

On a more serious note, and to quote a cliche, Christmas is a time of giving. However small the audience, this blog is a public forum and it is time that I took advantage of that. I will never ask for sponsorship for doing something I love, but I would like to use this post to highlight a charity that I think is worthwhile and have recently donated to.

This charity is called ‘ASHA For Education’ and was recommended to me by Ruth (Andrew’s girlfriend). Based in India, the charity’s primary objective is ‘to catalyze socio-economic change through education of underprivileged children’. However, they also aim to address women’s issues, which I have previously highlighted in this blog. As I have mentioned before, it was the attitude towards women that concerned me most about Indian society.

Women’s rights are something that I believe to be at the core of both economic development and the development of civil society. I am sure that I am preaching to the converted, but it is important to remember that women are still second class citizens in vast swathes of the world, including parts of Western Society. No matter how long this has been the status quo, it is not acceptable to ignore it. Therefore, if anyone feels like instigating change – and also helping to educate underprivileged children – then please give to ASHA. Click here to donate. (You have to pick a project. I chose the ‘Bicycle for Girls’ project, since it seemed appropriate)

Finally, on a more narcissistic note, I was recently featured on Will Johnston’s cycling blog, Carry on Cycling. I was asked about the differences between cycling alone and in a group. If anyone is curious about what I had to say on the subject, then check out the full interview here.

Merry (belated) Christmas and have a happy New Year!

A Wales of a Time »
« The Mile High Blog