As it turns out, the transition from contented normality to perpetual two-wheeled nomadism is not an easy one. After several failed attempts to get going, a variety of problems have meant that, 10 days later, I find myself resolutely still in Almaty. 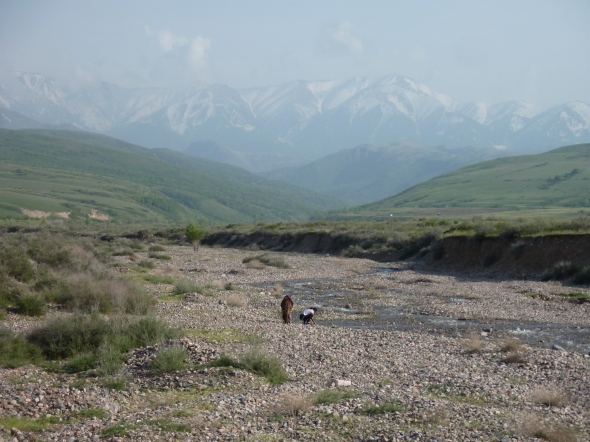 Looking towards the Tian Shan of Kyrgyzstan

Despite having racked up almost the distance required to reach the border (~250km), China remains as distant as when I first arrived in Kazakhstan. The aforementioned problems – combined with a renewed desire to see the ancient sites of the North Silk Road and a firm date set for my arrival in North America – meant a little time was needed to consider my options.

After careful deliberation, I have decided to fast-forward to Urumqi, in western China. Tomorrow, I leave as I arrived. With more than 1,000 kilometres and numerous obstacles separating me from the capital of Xinjiang, flying is by far the simplest option. (For the benefit of anyone who has read/watched/listened to the news during the past month, I should clarify that I plan to avoid public transport terminals.)

The last 10 days have been a brief and intriguing spell in a country that I have now visited more often than Italy. Whilst I have had little chance to explore Kazakhstan’s vastness, I have had time to visit my favourite Kazakh bicycle mechanic, meet a German taking a two-day trip to a city on nobody’s list of weekend getaways and learn (not first-hand) of the woes associated with dating a psychotic, xenophobic Russian hairdresser.

As a good friend would say: Almaty – always a pleasure, never a chore. 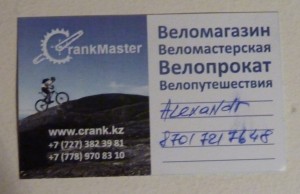 Champagne Turpan-ova »
« A Wales of a Time

One thought on “Baby Steppes”