Seeing Nichola for the first time since India was an enjoyable distraction from cycling, and my time in Kelowna was well spent. Riding a mechanical bull, winning a sports trivia quiz and being repeatedly attacked by Nichola’s pet cockatoo were just some of the highlights during my time there. However, after a relaxing few days, it was time to move on. All I needed was for my new cycling companion to arrive.

Sporting a pair of ludicrous aviator-style sunglasses, Mark rolled into Kelowna on a Greyhound bus, bicycle safely stowed onboard. After a brief fairground-related delay, we set off down the scorching Okanagan Valley; as challenging as it is picturesque. Escaping Canada Day festivities and a daunting climb, we ducked south the next day and entered the United States.

Making our way up to the beautiful ghost town of Old Molson, we wound through pine forest and pastures. For the first time, Mark faced a 1000-metre-high ascent, sweating his way to the top with remarkable ease. After a night camped beside a pair of idyllic lakes, we returned to Canadian soil, just in time to (unintentionally) avoid Independence Day.

From here, our route east took us over the challenging Paulson Pass and past the vast Lake Kootenay, towards the town of Cranbrook. Along the way, a bevy of Warmshowers hosts and friendly campsite owners made our journey far more enjoyable. In particular, our rest day in Castlegar was greatly ameliorated by the company and gracious hospitality of Rick, our host. Leaving on his own tour the following day, he entertained us with stories of bears and bicycles. 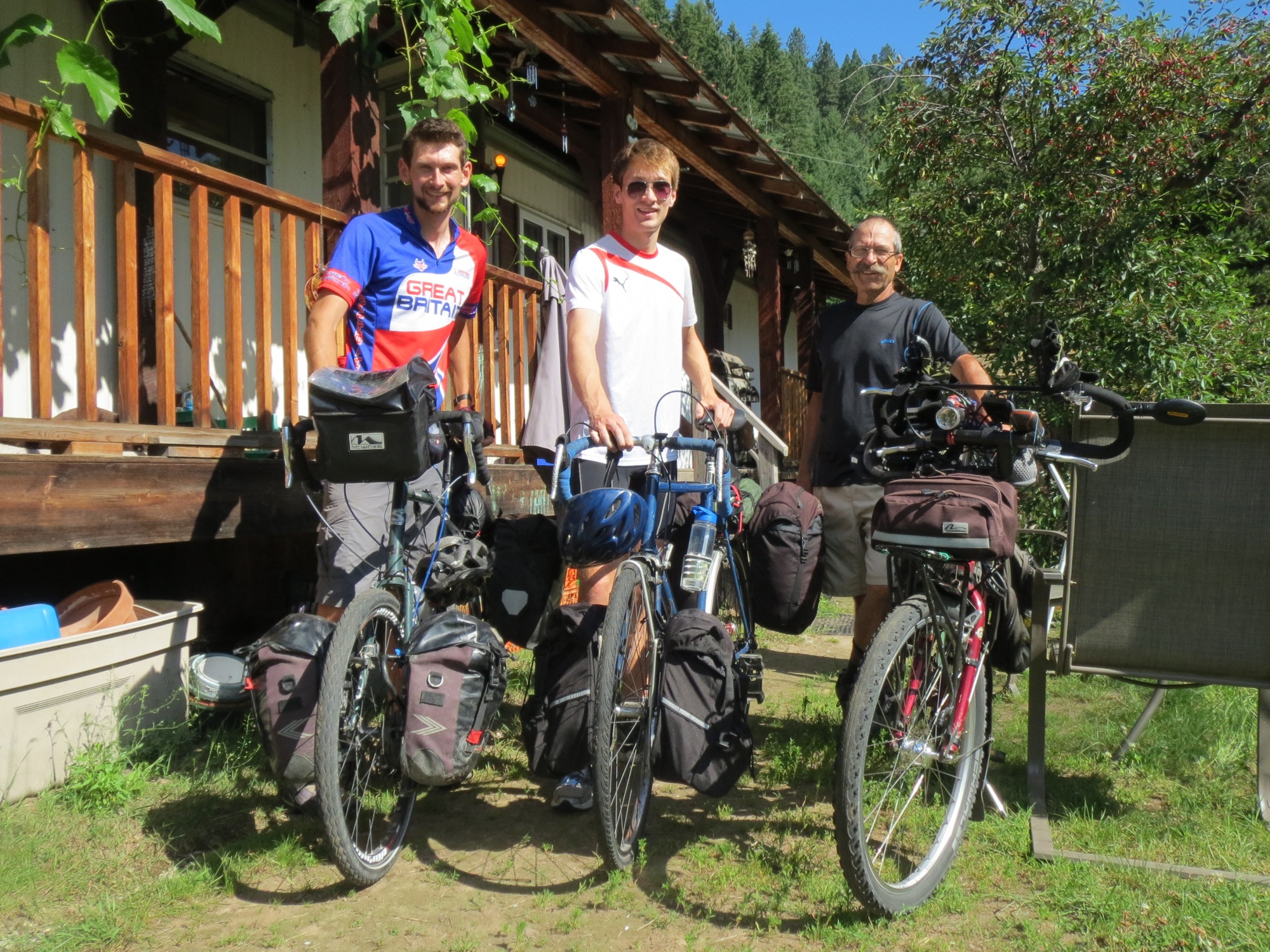 Just beyond Cranbrook, Mark and I parted ways. He headed north towards Banff and Calgary, whereas I swung south, back into America. Although we only cycled together for just over a week, it was nice having company to ride with, so I was sad to see him go. Furthermore, by the end, Mark was matching my pace for most of the day. This was quite a relief after having spent 40 unpleasant minutes waiting for him on the mosquito-ridden Paulson Pass.

Montana welcomed me back into the United States by organising a heatwave in my honour. Pleasant farmland, turquoise lakes and distant mountain views lessened the pain, but not as much as a large tub of supermarket-bought ice cream. For the next few days, I made my way south, towards the cycling hub of Missoula.

Throughout this stretch, I was once again overwhelmed by the hospitality of the local Warmshowers hosts. I was welcomed into the homes of gun-toting born-again agnostics, teepee-owning hippies and Mormon-missionary-hosting time-trial enthusiasts. Each stay was was different from the last, save for a generosity and friendliness that remained everpresent.

Missoula, home to the Adventure Cycling Association, is a city addicted to bicycles. Staying in a commune-style mansion that plays host to cycle tourists and jazz musicians alike, it was not long before I began to meet a trickle of fellow two-wheeled adventurers. After a couple of beer-filled and sociable days, I left the city with a new cycling companion, Ben. 23 years old, Australian and already four months into his trip, Ben was also heading towards Yellowstone. 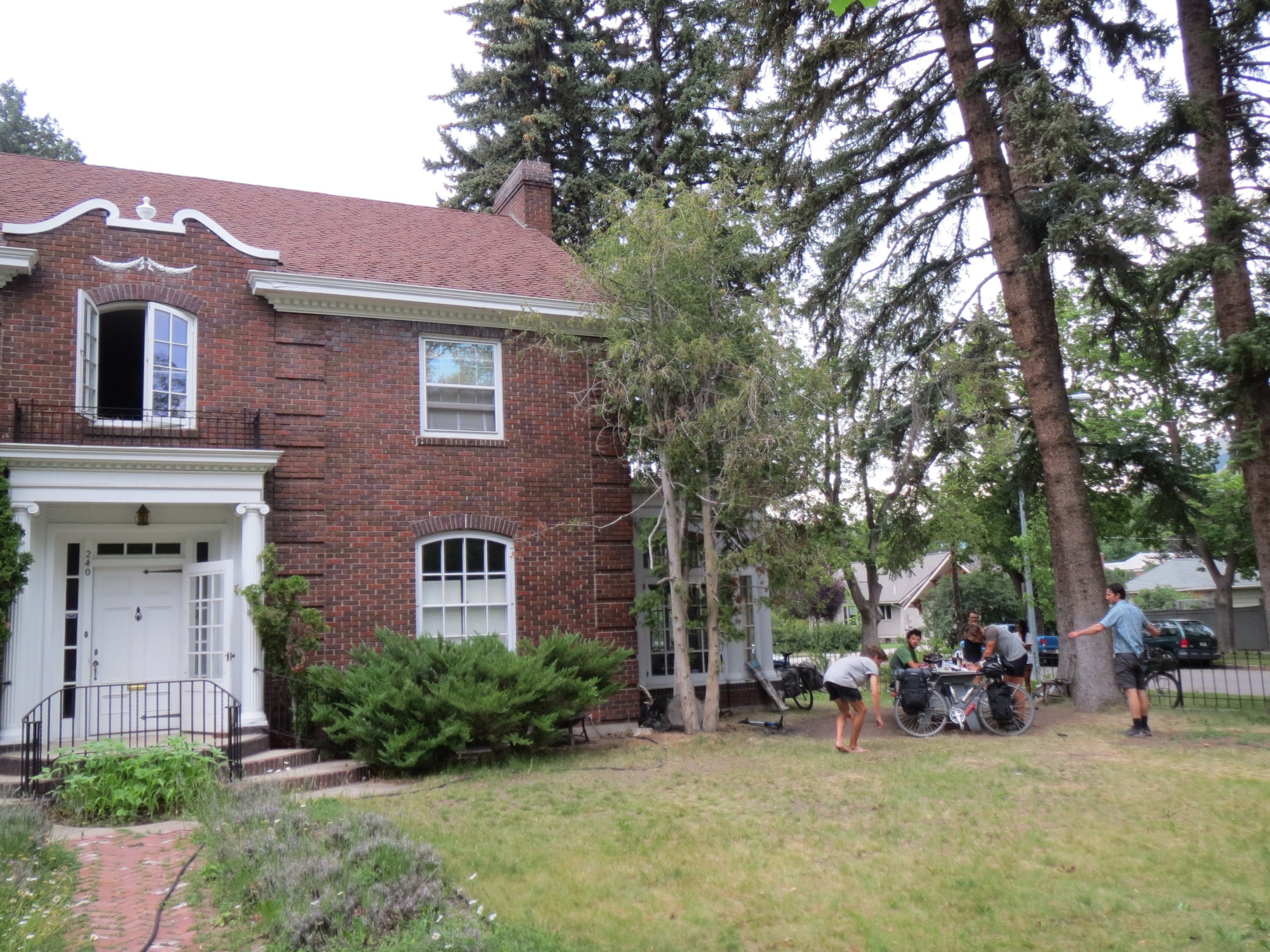 From Missoula we struck south and began climbing into the hills that form the backbone of the Continental Divide. As we swung east, narrow valleys opened out and vast pastureland filled the empty landscape, overlooked by snow-crowned peaks. Such beauty sometimes comes at a price and, whilst passing through the village of Wisdom, we discovered this price. Suddenly, mosquitoes began to latch on to us, desperately trying to find an exposed spot of skin to snack on. For the next hour we attempted to swat and cycle, as these suicidal creatures hurled themselves at us, regardless of our speed. 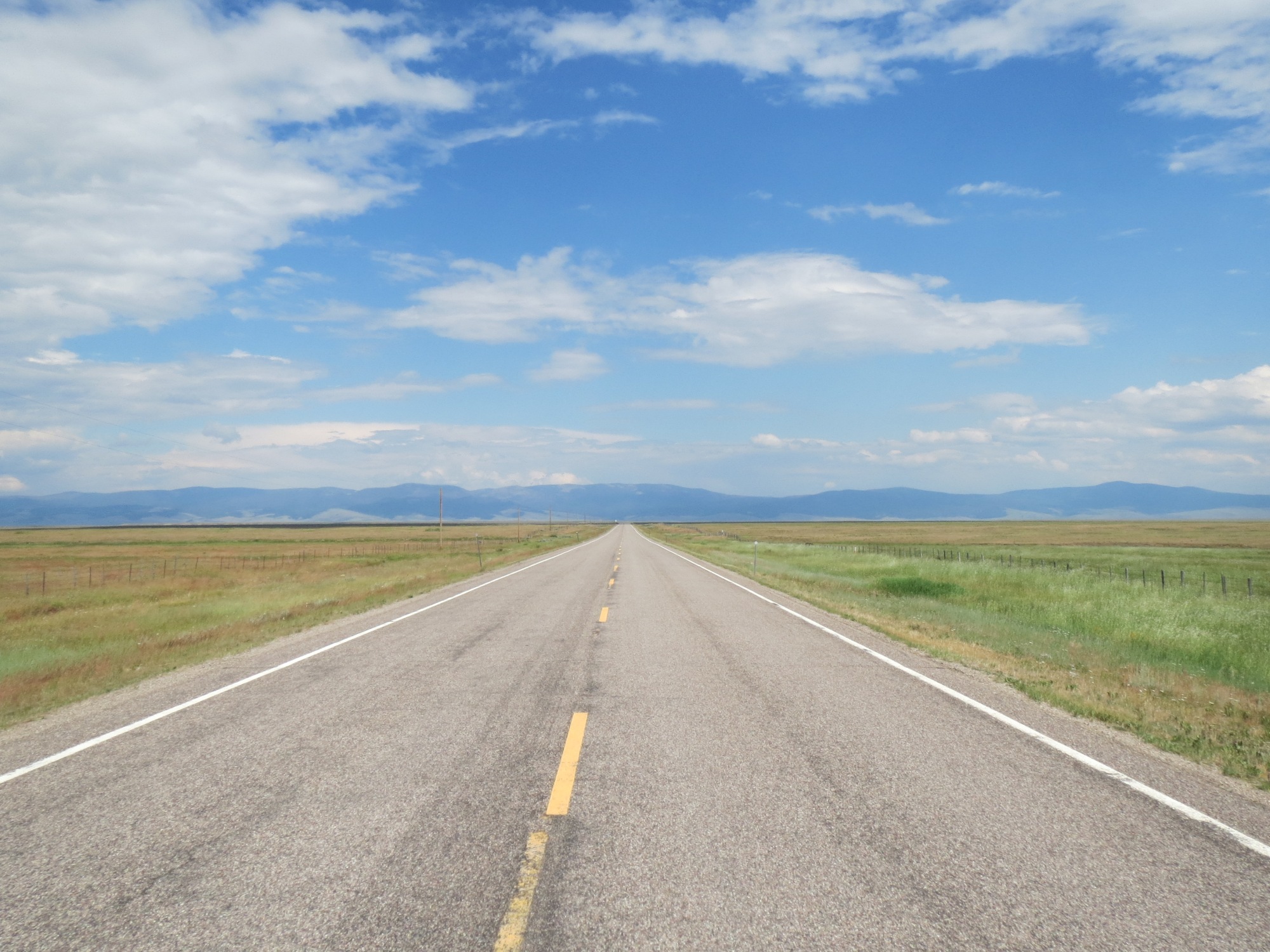 After several days of pleasant riding, we decided to cut a corner and try our hand at some off-road riding. Stocking up on supplies, we set off from Dillon, towards the remote Red Rock Valley. Making slow progress over uneven gravel surfaces, we ground our way over the Clover Divide Pass and down into the vast, empty valley below. Apart from the occasional farmhouse, this landscape was without habitation. Camping beside the dirt road, we marvelled at the peaceful serenity of our surroundings. At least until a howling thunderstorm tore through the calm. 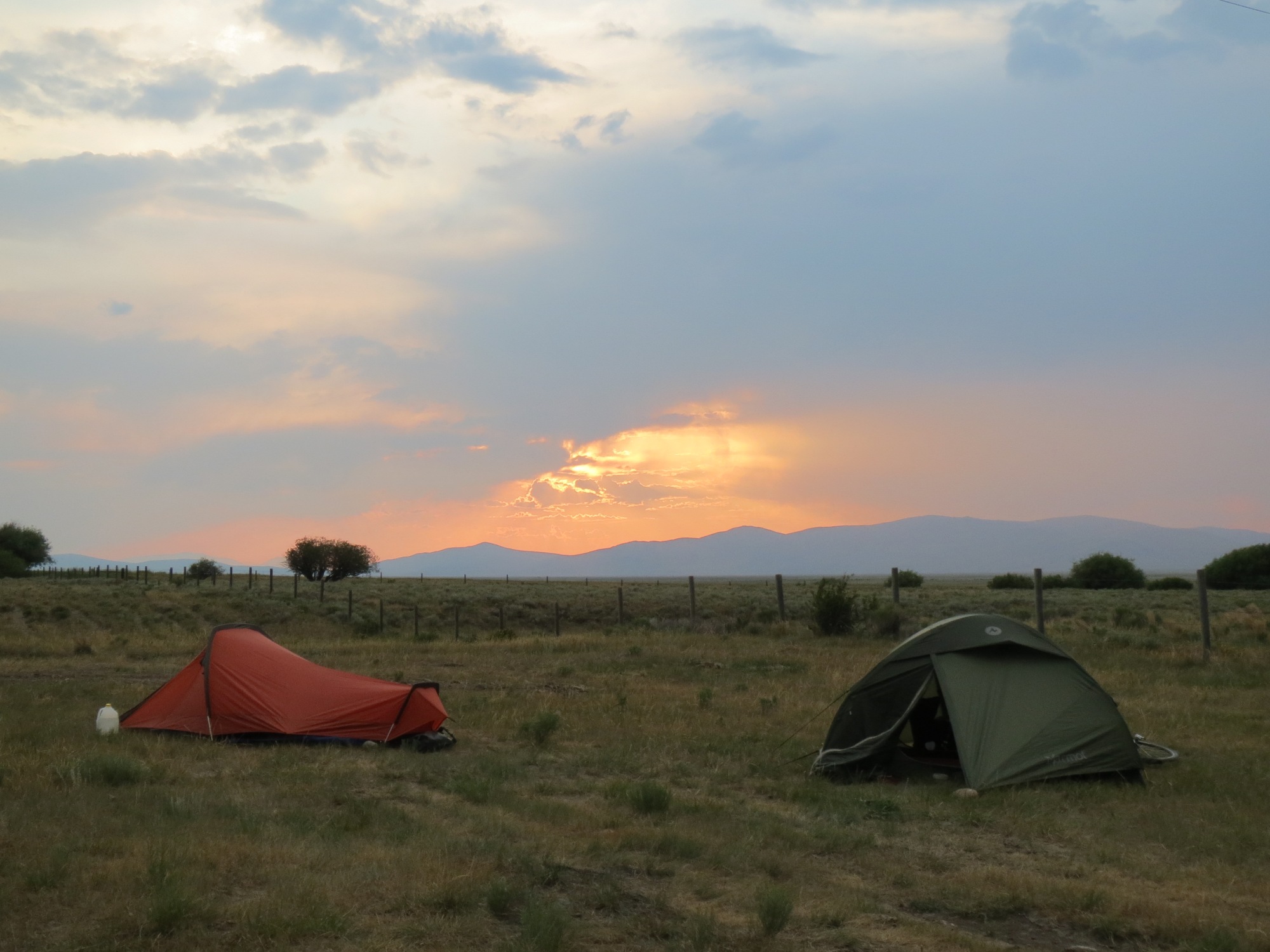 The following day, we escaped the exhausting gravel surfaces and returned to the fringes of civilisation. Seizing the chance to stay in a Warmshowers host’s ‘man cave’, we spent some time recuperating from the previous day’s exploits. Tired though we are, the knowledge that Yellowstone now lies just a few hours away has helped to comfort our weary legs.

Casper, the Friendly Hosts »
« Living on the Edge

2 thoughts on “Brothers and Farms”